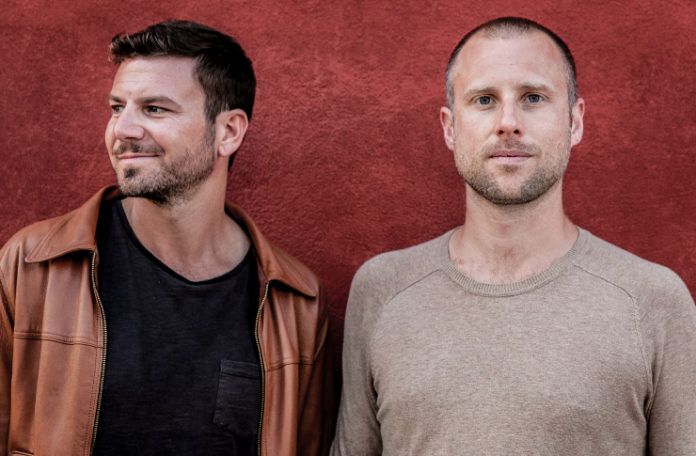 Audiojack, as a duo is known for creating the best techno and house vibes for more than decade in some top clubs around the world. What’s more on this saturday (18th November), guys will perform with Damian Lazarus at Smolna (Warsaw). Here you have 5 quick questions and a playlist created by Audiojack.

You’re Ibiza based, which is well known for being one of the greatest places for all kinds of parties. How it’s like to live actually live there whilst being a musician?

Ibiza is an island of two half-lives. Each year we have a hot, intense, energetic summer followed by a calm, peaceful, beautiful winter. Ying and Yang represented in life on one island. To learn how to go with the flow is the greatest skill needed to live on Ibiza. From a musical perspective it’s important to try to relax a little in summer and absorb the energy of the island, then get your head down in the winters and apply some of that energy and feeling to your music.

We can read in your bio: Audiojack stand proud as an example of how to do things the right way. What’s your advice for young musicians who are just stepping into the music industry?

Be yourself. Be true to who you are and what interests you. Respect the music of your peers but don’t try to copy what they do, you’ll only offer an imitation of something that was once great. Be humble and respectful, people might tolerate your bullshit when you’re on the up, but they’ll drop you like a stone when you’re not, and every artist ends up there more than once. When that happens don’t panic. Some months you won’t earn anything, have no gigs. Use that time wisely to hone your sound, expand your mind and never make music for the wrong reasons. Years down the line whatever way your musical journey goes you can wear your authenticity as a badge of pride.

You’ve played a lot of shows in the past decade – what was the most extraordinary thing your fans have done for you?

A girl once baked a birthday cake and brought it to a gig, but then she tried to have sex with one of us so it was a bit weird in the end. Not sure we have fans? It’s not really a word we’re comfortable with, feels like it’s for teenage girls and artists like Michael Jackson or Justin Bieber. We make music for the dancefloor. We’re vibe creators. Experience givers. If we can bring 5 minutes of pleasure in short bursts to dancefloors across the world that’s sweet with us. It’s quite extraordinary seeing the passion in people’s eyes, the oneness, the coming together of people from all ages, races, cultural backgrounds every week to party. We feel lucky to have that. We humans really are a tribal species.

If it’s something we derive pleasure from we wouldn’t feel guilty about it. We’re too long in the tooth to give a shit what other people think.

How would you encourage people to come to your show at Smolna in one sentence?

Well we’ve never played in Warsaw believe it or not! After 10 years touring there aren’t many major cities left we can say that about. We’re focused in the studio for two weeks leading up to Smolna, so we’ll be road testing several new tracks for the very first time, so come along to be the first people in the world to hear some of our new music, for the first time in Warsaw on a really great lineup.

As promised, now you will get a couple of tracks as a playlist by Audiojack, which can be a good warm-up before party. Their show with Damian Lazarus will happen on 18th November (saturday) at Smolna (Warsaw). More informations are settled HERE. And here you can get new Audiojack’s material: Crosstown Rebels pres. Spirits (Pre-order link): http://bit.ly/2hbnBNg 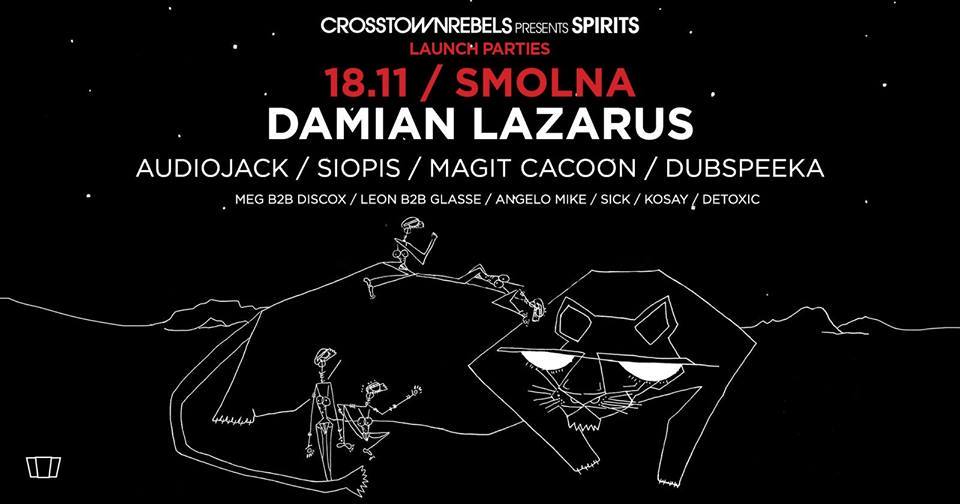 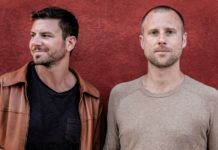 This website uses cookies to improve your experience while you navigate through the website. Out of these cookies, the cookies that are categorized as necessary are stored on your browser as they are essential for the working of basic functionalities of the website. We also use third-party cookies that help us analyze and understand how you use this website. These cookies will be stored in your browser only with your consent. You also have the option to opt-out of these cookies. But opting out of some of these cookies may have an effect on your browsing experience.
Necessary Always Enabled
Necessary cookies are absolutely essential for the website to function properly. This category only includes cookies that ensures basic functionalities and security features of the website. These cookies do not store any personal information.
Non-necessary
Any cookies that may not be particularly necessary for the website to function and is used specifically to collect user personal data via analytics, ads, other embedded contents are termed as non-necessary cookies. It is mandatory to procure user consent prior to running these cookies on your website.
SAVE & ACCEPT
POLECAMY